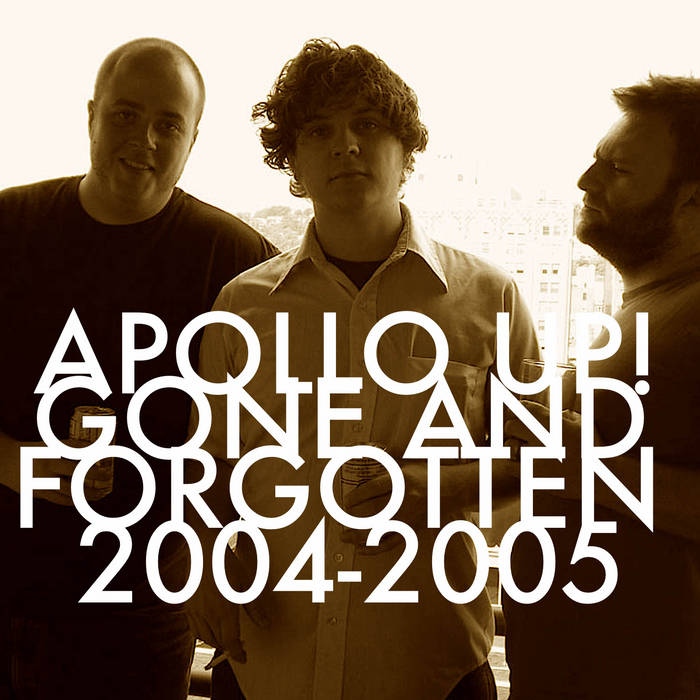 The album that became Chariots of Fire–the second LP by Nashville loud-rock fixtures Apollo Up!–went through a few different phases before finally being released by Theory 8 Records in June, 2006. The first demos were recorded just 9 months after the release of their first LP, Light the End and Burn It Through. Those six tracks, recorded over Labor Day Weekend, 2004, featured halting, pupal versions of the songs that would be documented the following Spring.

By May of 2005, the plan was in place: the six songs from the Labor Day demos, plus one more new composition and a reworking of an old song, would make up a mini-LP (or maxi-EP?) called Chariots of Fire. The songs were recorded, over a few days, but, while mixing commenced, the band kept writing, quickly turning out three more new songs that would eventually be recorded and included on what would now be a proper LP release, with the older tune now expunged.

Here, for the first (and last) time are initial rough mixes—before scratch vocals were taken out, before overdubs added flourishes of horns, keys, and percussion—of the first round of Chariots of Fire sessions (including a Cicada solo recorded on the front porch at Battle Tapes) along with the Labor Day Demos, lumps and all.

All tracks recorded and mixed at Battle Tapes in Inglewood, TN, by Jeremy Ferguson. Tracks 1-9 recorded May 2005. Tracks 10-15 recorded September 2004.

New sounds from Mavi, Ivy Sole & Moderator, plus AJ, the One joins the show, for her latest release